Covid-19 has had far-reaching consequences across the globe with few sectors avoiding its wrath entirely. The higher education industry has had to rethink almost everything; from how courses are operated to how many jobs it can fund.

Applications to college increasing and decreasing

The pandemic brought with it many changes, including how students apply to college. In response to covid-19, many schools removed the usual standardized testing requirements as part of their applications and it has had a big impact on who is applying where.

The Common Application, which some 900 schools use to process applications, reported a 15% year-over-year increase in first-year applications.

This boost is illustrated by New York University, which reported receiving more than 100,000 applications for first-year students, a 20% increase from last year. (It will enrol just 6,500 of them). These findings are reflected at other elite institutions; Columbia received 49% more applications than last year, meanwhile Harvard had a 57% rise.

This growth in new applications is not happening across the board, however. There are some reports that applications to regional public and private colleges are falling; for example applications fell 5% across the 23-institution California State University system, with one campus seeing a 17% decrease.

However, a separate poll asking college-bound high school seniors about their attitudes toward higher education found three quarters cited the pandemic as the reason for changing their college plans; one third of them said they would be applying closer to home.

A different survey of more than 63,000 high schoolers from 14 states found that only 16% of seniors report still expecting to attend a two-year college, down from the 22% before covid-19.

The aforementioned Common Application data also found that the increase in unique first-year applications was smaller, at 8%. This suggests the overall gains come, at least partially, from students applying to more colleges overall.

The pandemic has seen an unprecedented shift to remote learning, which has come at a cost to students.

Over half of students learning online through the pandemic have had to make purchases, such as computers, microphones or desks to enable them to participate in class. For 70%, these purchases represented a 'significant' cost. That number was higher again for students who were parents, guardians or caregivers, at 91%.

In addition, internet access has proved tricky with 60% of respondents saying access to stable, high-speed internet access was a challenge for them. Though it's worth nothing just 4% said they didn't have adequate internet to complete their coursework.

A survey found that 57% of college students believe higher education is no longer "worth the cost," up from 49% in a previous survey in August. And half of high-schoolers surveyed said college is "a bad deal now it has moved online".

Part of the concern stems from employment worries. The aforementioned survey found 80% of respondents said they were concerned about getting any type of job upon graduation.

In addition, the higher education response to the pandemic has shaped some students’ beliefs over perceived quality. For example, 51% of college students agree that “the way my institution handled the pandemic this past semester made me trust its leadership less,” which rises to 62% among caregiver students and 63% among Black students. And 50% of college students agree with the statement that “my institution only cares about the money it can get from me”.

Yet despite some of the challenges associated with remote learning, many students are keen for some elements to remain. While over half of the students surveyed said higher education is not good quality when conducted online, some 76% of students would like classes to remain in a hybrid or online format. 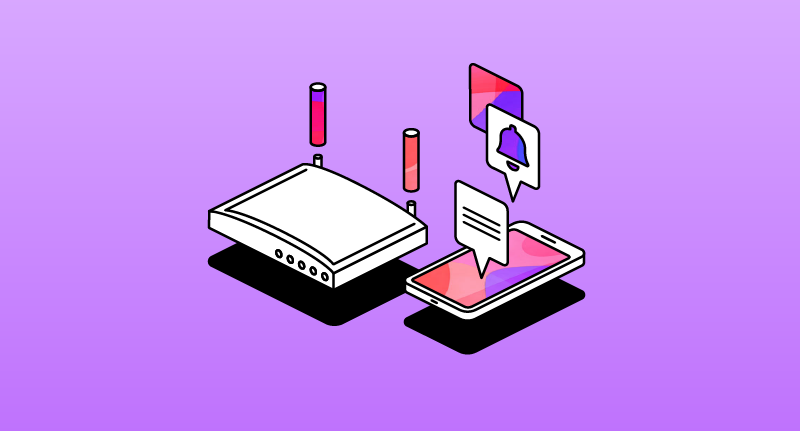 Mental health issues on the rise

In a recent survey, over 80% of college students reported that covid-19 has negatively impacted their lives through increased isolation, loneliness, stress and sadness. Polling data found that an incredible 79% of students surveyed said they were concerned about their mental health during the pandemic.

Another report found that a disproportionate number of 18- to 24-year-olds, about a quarter surveyed, said they had “seriously considered suicide” in the last 30 days.

Meanwhile a survey of over 2,500 students from seven public universities across the United States found 85% of the students surveyed experienced high to moderate levels of distress. The research found that students most at risk of mental health challenges stemming from the pandemic include women, Asian people, students under the of age 25, those in poor health, those who knew somebody with covid-19 and lower-income students.

Concerns about coronavirus and the vaccine

Polling data found that 86% of students are worried about friends and family catching the disease. Similarly, 82% are concerned about catching coronavirus and spreading it to others.

On that note, 68% said they would get the vaccine if it was required for the next academic year. That number dropped to 54% for caregiving students and 49% among Black students.

The future of higher education

The higher education sector has cut 650,000 jobs which represents a 13% reduction in the workforce. This number closely follows the estimated average 14% decline in institutional revenue. Yet despite concerns, almost eight in 10 university presidents remain confident that their institution will be financially stable over the next 10 years.

It’s clear that the higher education sector needs to do more to convey the value it offers in order to attract future students. When surveyed about what would make students more or less likely to enrol, the clear winner was discounted tuition for students who cannot attend courses in person, which 76% of students were behind.

After that, they selected: demonstrating positive employment outcomes for students through job placement rates or average wages (69%), promising refunds on room and board if the dorms were to close mid-semester (65%), and providing significant testing for the virus, as well as contact tracing and personal protective equipment on campus (63%).

Despite the tumultuous time, elite colleges are enjoying a boost to applications. This trend is not seen nationwide, as it's clear that following the pandemic some students would prefer to study closer to home.

While fundamentally changing how courses are delivered has undoubtedly been a headache for the sector, the costs of accessing online material has been felt by students, hitting caregiving students worst. And as the response to the pandemic continues, more students are questioning the value of higher education with many stating they felt it was no longer worth the cost, especially considering many colleges have moved online.

Countless studies have highlighted that mental health issues among students have been exacerbated in the wake of the pandemic, with an increase in suicidal ideation proving particularly concerning.

In contrast, students are concerned about the virus but largely in terms of family and friends catching it or inadvertently spreading it to them. With that in mind, the majority of those surveyed would get the vaccine if it was required for the next academic year, though caregiving and Black students were less likely than their peers to have the vaccine.

Despite a huge number of jobs lost, the higher education sector largely remains confident about its financial stability. Nevertheless, with students questioning its value, it's clear more needs to be done to attract future cohorts.

Digital transformation is coming to Higher Ed. That’s why we launched Glean for Education.

Glean for Education is a brand new program designed to prepare your note taking support for a post-pandemic future.

While we reflect on the past year, it’s important to plan ahead. Come and see our vision for your department.