How can we bridge the digital divide in education?

Remote learning requires high-speed internet and personal technology, but not everyone has access to these things. So, how can we bridge this digital divide?

The USA’s digital divide has been shockingly exposed by the coronavirus pandemic, with students at risk of falling through the gap.

While the move to online education has empowered and inspired many learners, educational opportunities have been severely limited for those with inadequate internet access.

The pandemic has exposed severe inequalities in access to high-speed internet and personal technology needed for remote learning. Institutions have a responsibility to provide equal access for all students, regardless of background. It’s up to us to bridge the digital divide.

Access to a computer and a stable and reliable internet connection are fundamental requirements for online learning, but it’s far from universal across the USA. America is the world’s wealthiest country but ranks just 13th for the quality of its infrastructure.

Figures for higher education students struggling to get online are hard to come by, but an estimated 12 million K12 students lack a network connection. In a recent report, How States and Districts Can Close the Digital Divide, the Boston Consulting Group and partners conclude that students in all 50 US states are suffering.

They conclude that the digital divide “contributes to significant and inequitable learning loss”.

In the UK, a poll by the National Union for Students found that one in four higher education students could not access online learning during the early phases of the pandemic. Some of the reasons included lack of IT equipment and software, insufficient course materials, and poor internet connections.

Perhaps inevitably, it’s rural, low-income and students with special needs and disabilities that are most acutely affected.

A 2015 report by the National Center for Educational Statistics (NCES) found that in remote rural areas, the percentages of students who had either no internet access or only dial-up access at home were higher for Black (41 per cent) and Hispanic students (26 per cent) than for White (13 per cent) and Asian students (11 per cent).

The lack of access can translate into a lack of opportunity, cementing existing inequalities. For example, a 2020 report by McKinsey & Co found that the shift to remote school in the spring set white students back a month, but students of color lost between three to five months of progress. 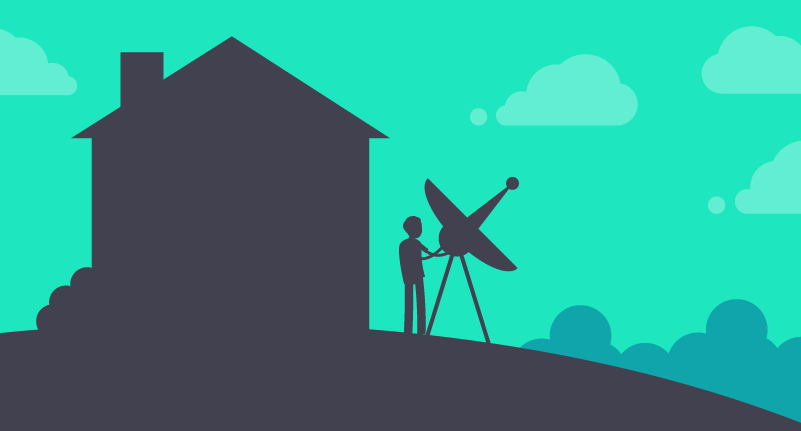 The structural challenges and inherent inequalities are beyond the scope for institutions to influence. But progress is being made, much sparked by a new Washington administration. In December 2020, Congress approved additional COVID emergency relief funding, including more than $50 billion in additional financing for K–12 education.

Much of this will help improve access for those from a disadvantaged background, but institutions must do more.

Educators need to recognize the challenges and embrace inclusive approaches to learning that can bridge the divide.

What are the solutions to the digital divide in education?

Recognizing that some students will have difficulties accessing course materials and making these learners a priority is a crucial first step.

At a practical level, educators should increase their use of technology to free learners from constraints, empowering them to manage their education.

By providing accessible course materials and access to new technologies, institutions can give all students access to the resources they need when they need them.

Recognizing the need for a fundamental overhaul of higher ed infrastructure and systems, a widespread movement for digital transformation is building.

In fact, 44% of college presidents are using the post-pandemic rebuild as an opportunity to radically alter existing structures in favor of future-proof digital solutions.

What this transformation will look like is currently being worked out. However, it’s clear that most institutions are readying themselves to take on new programs, systems and processes.

Teachers, lecturers and professors should be provided with training, guidance and support to help them harness the potential of these resources.

But departments such as disability services should also take heed and prepare for the future themselves.

That’s why we launched Glean for Education - a brand new program designed to ready your department for the coming digital transformation.

Learn more about the effect this program could have on your students and department by following the link below.

The results from our latest survey are now published in a free whitepaper. Learn more and download your copy!

5 trends Disability Services Directors need to watch out for

It’s one year since campuses were shut down across the US. Ever since, departments have had to adapt quickly to changing and uncertain circumstances.